Bottom line: The rand is under renewed pressure but moves will be determined by this afternoon’s US non-farm payrolls figure for June. Trade starts at 14.48.

US ISM survey: Confidence is high, but price pressures are huge 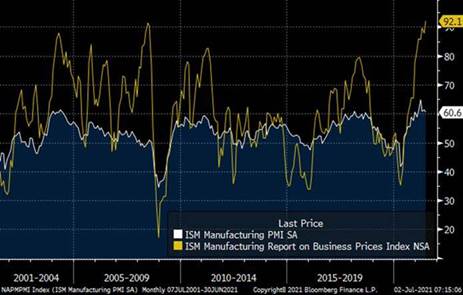