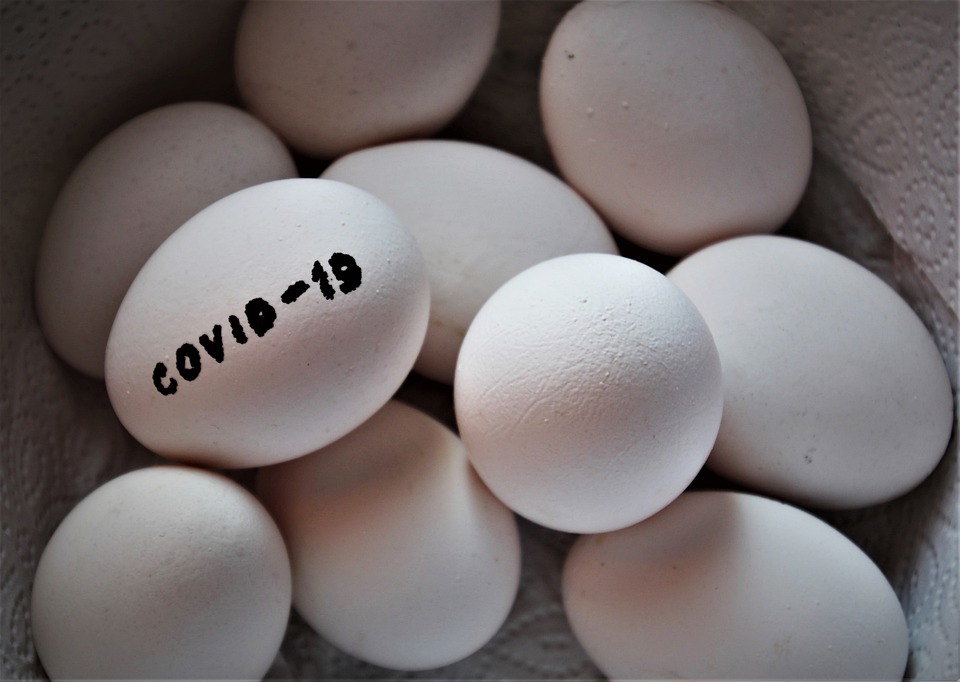 A number of pandemics disrupted the poultry industry around the world during 2020 but hopes are that it will spring back into place again this year.

The three major pandemics of avian influenza, African swine fever and coronavirus all affected the global poultry industry in 2020 especially in terms of imports and exports.

First speaker of the event was Nan-Dirk Mulder, an agricultural economist with Rabobank, who discussed the global situation for the poultry industry with specific reference to what is happening in Europe. Mulder highlighted the global animal protein market prices from 2017 to 2020 which he said was always a good indicator of how the sectors were affected in difficult times. Poultry prices have significantly dropped during that period whilst beef and pork have been less severely affected by Covid-19.

“The problem for poultry has been that it is the protein that has the highest exposure to food service,” said Mulder. “One third of all the poultry sold internationally is going into food service. In the US it is 45% so you can imagine any restriction on food service has a big impact on the poultry industry. This year we think the market will still be challenging because of the current lockdowns across Europe but also because of the restrictions in the US.

“With the roll out of vaccines later in the year we expect this will help to recoup some of the market as food service sectors starts to open up,” he added.

Feed prices have also affected the poultry industry, and Mulder confirmed these have risen by 50 to 60% higher than before.

Looking more specifically at the market in Europe, Mulder said there is currently an oversupply due to a drop of around 50% in demand from the food service sector.

To conclude Mulder said: “This is going to be a challenging year especially the first half. We absolutely need to be restrictive in supply and high feed costs will hurt. The second half will be better. If you are an investor in this industry the future will be good but you will have to go through this tough stage first.”

Next to speak was Nicolo Cinotti from the International Poultry Council (IPC) who talked about the situation in South America where he said there were no cases of avian influenza or African swine fever.

With just the Covid-19 pandemic left to affect poultry production in South America, Cinotti said: “The poultry sector there is in fairly good shape and showed remarkable resilience. In 2020, poultry meat production in Brazil recorded a plus 4.2% and plus 0.5% for export, over the 2019 data.

“As for the internal market, of course the shutdown of the food service sector hurt the industry in South America too,” he said.

Cinotti did point out that there was also a new demand for cuts of meat like chicken legs which helped the domestic market along with more people rediscovering cooking at home.

Lei Jin from Depthfield, a consultancy and trading company in agricultural products, discussed the situation in China, noting that China was operating differently to other countries during Covid-19 and is the only large economy with positive growth in 2020.

From 2019, meat consumption in China has shifted with increased numbers of people favouring poultry meat instead of pork due to the ASF outbreaks.

Poultry prices in China are also undergoing a recovery as more people are eating out now as Covid-19 restrictions ease.

Jin added that meat consumption in China will increase and with that, meat imports to China will also increase moving forward. The two dominant countries that export poultry meat to China are Russia and the United States while Chile, Argentina and Turkey are also key players. The only two countries in Europe that have agreements to export poultry meat to China are France and Poland but they are currently banned due to outbreaks, which means no European country can export into China right now.

Sergey Lakhtyukhov from the Russian Poultry Union said the poultry meat sector in Russia had not been impacted largely by the Covid-19 pandemic but at the same time it has had other challenges.

“The crucial thing for us was that we could avoid the disruption of the supply chain, but we did have local difficulties with our economy,” said Lakhtyukhov. “Now we are more affected by high feed prices.”

Russian exports of poultry meat are still affected by the Covid-19 era but half of the exports in 2020 still went to China.

During the first digital EuroTier, more than 41,000 participants connected to the digital platform created by DLG from February 9 – 12, 2021. In addition to accessing the offerings of 1,200 participating companies, visitors were able to take part in 300 specialist events and conduct targeted networking with the industry. One of those specialist events was the International Poultry Conference which was streamed around the world to attendees who heard from a number of key speakers.

Written by Chris McCullough
First published on The Poultry Site